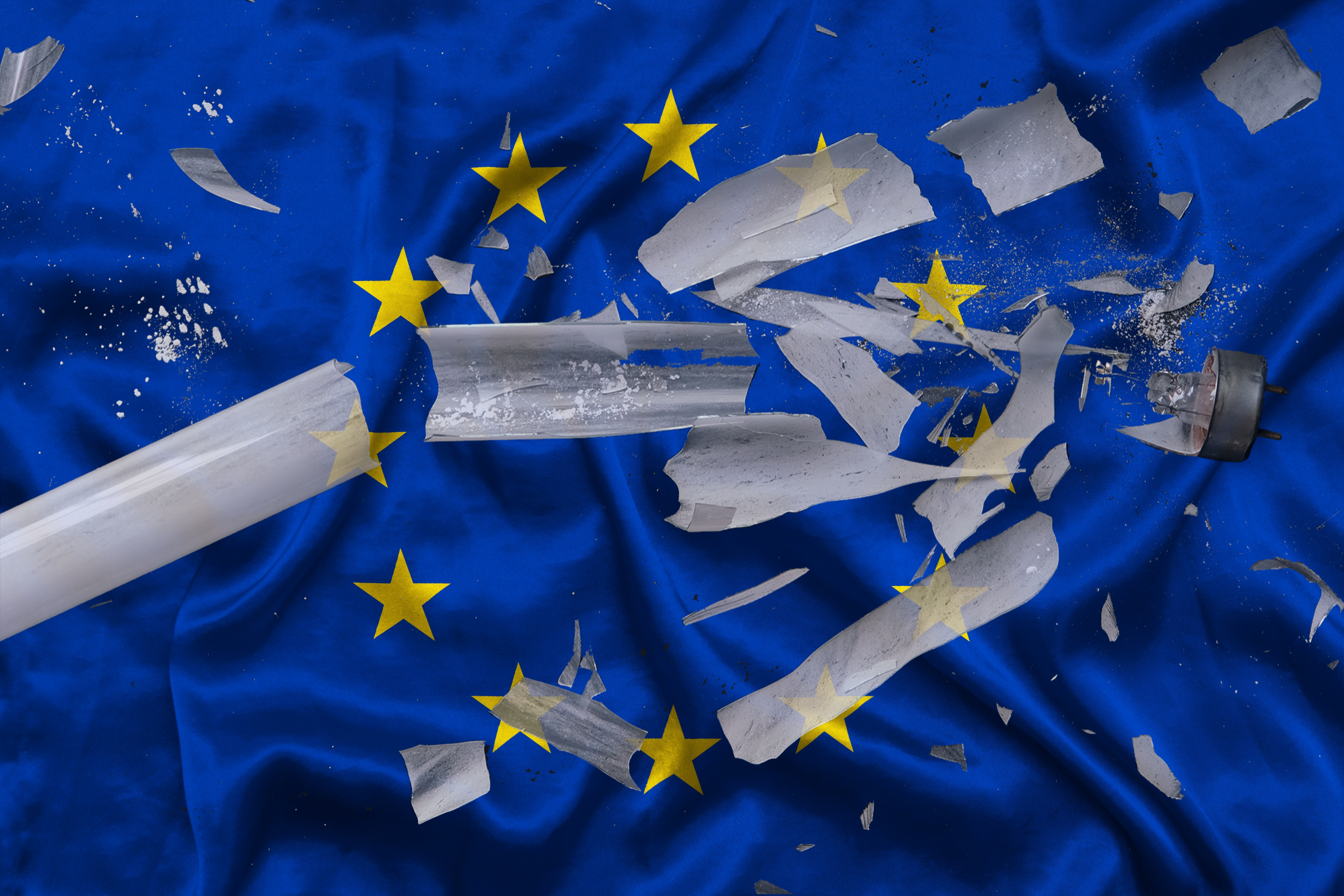 It took almost twenty years for authorities to formally recognize industry’s role in the severe mercury poisoning epidemic in Minimata, Japan, in the 1950’s.  It took an additional forty years for the United Nations to pen environmental guidelines for curbing mercury pollution globally, under the Minimata Convention [1].  Originally, the European Union (EU) adopted policies in line with the UN’s position and planned to ban the use of mercury-based fluorescent lamps starting in 2020.  This ban would accelerate the transition to LED-based tube lamps that are not only mercury-free but have entitled energy consumptions less than half that of fluorescents, which reduces worldwide mercury pollution from the decreased amount of primary power required from non-renewable sources such as coal-fired power plants.    Cumulative through 2030, this action would have eliminated ~ 5 metric tonnes of waste mercury and ~ 41 million metric tonnes of greenhouse gas emissions [2]. However, pushback from EU nations prominent in manufacturing fluorescent lamps delayed the ban by invoking various exemptions.  Luckily, considerable effort by progressive nations (notably Sweden) and clean technology allies broke this stalemate, and the ban is set to go into effect in September 2023.

LED lamps have already transformed many other lighting sectors, so we should be “good to go,” right?  Not so fast.

Unlike most lamps used for lighting, fluorescent tube lamps do not include integrated circuitry for regulating mains power delivered to the lamp to start and run it.  Instead, this circuitry, which is called a “ballast”, is installed outside the lamp in the luminaire that houses it.  They outlast the lifetime of the fluorescent tube lamps, and legacy ballasts installed in buildings can span decades of production years and a huge variety of manufacturers.  Moreover, these ballasts were designed to deliver power to a fluorescent lamp (a mercury gas discharge), not solid-state LEDs.

Indeed, a recent study from western Europe shows that top-tier commercially available LED tube lamps do not play well with real-world ballasts installed in the field [3].  Measured lamp powers ranged wildly, from as low as half of, to almost twice that, of the lamp rated power(!).  There are very few products on the market today, in any field, that cannot guarantee a reasonably tight range for their power consumption. The situation flies in the face of recent EU regulations governing the performance of lighting products [4], and not only does the situation not guarantee expected light levels or energy savings, in some cases it could present a fire hazard.

LED tube lamp manufacturers, at least somewhat aware of this issue, provide “compatibility lists” naming ballasts with which their products will properly operate. However, such guides are borderline useless.  It is impractically unlikely for any end-user to know what kind of ballasts are installed in luminaires in any given room or building, much less any given campus which may have luminaires installed over several decades in different buildings.  Even if one did know, what is the likelihood that these ballasts will all show up on a particular manufacturer’s finite compatibility list?

There is a bypass solution to this problem, which requires the work of an electrician.  When installing the LED lamp, the electrician can decouple the ballast from the lamp and connect it directly to mains.  This “cut-wire” solution is indeed an option, but in addition to requiring the expense of hiring an electrician, who would own liability for the new installation?  This is not a practical path to rapid adoption.

Obviously, a quick “plug-and-play” solution is much more straightforward and will result in a smoother transition to mercury-free, energy saving LED tube lamps.  How can this be done? The aforementioned study [3] showed that active-power-control (APC) circuitry included in the LED lamp, rather than the cheap passive electronics used in current products, can dramatically improve the lamp-ballast relationship and provide for much more predictable power levels, by respecting the original plans of the lighting designer as well the energy savings and climate benefits the end-user expects and deserves.

Lighting manufacturers need to recognize their current LED tube lamp products are not fit for purpose.  The “lighting is a commodity” mindset requires a paradigm shift and engineers need to go back to the drawing board and come up with new driver designs for non-self-ballasted lamps to meet the expectations of end-users and the EU directives.  Technological approaches like APC show the way and offer a path for well-designed LED tube lamp products, so the EU can have a quick, smooth transition from wasteful and polluting fluorescent lamps to a more sustainable lighting future.

The Minimata Convention took decades to ratify, and finally the EU’s mercury ban is just around the corner. The clock is ticking.